Keep up to date with the latest news

Insurance Industry to pay out on COVID-19 Business Interruption Claims

More than 370,000 small businesses in England and Wales could be due a pay out on their business interruption insurance after the Supreme Court ruled in favour of payments being made on previously refused claims and policies.

A number of insurers have lost an appeal against an earlier ruling, brought in a test case by the Financial Conduct Authority (FCA), which required them to pay out on existing business interruption insurance policies as a result of the pandemic.

In the first lockdown of spring 2020, many small businesses made claims through their business interruption insurance schemes for loss of earnings when they had to close as a result of the Government’s restrictions.

However, they were soon told by their insurers that they were not eligible for a pay out because only specialist policies had cover for such unprecedented events.

Following an outcry from the small business community, many of whom had paid thousands of pounds for insurance coverage, the FCA launched a test case which looked at a selection of policy wordings to establish the parameters for what would be considered a valid claim.

Last year an initial case at the High Court found that some insurers should have paid out for losses caused by the lockdown. Judges ruled that disease clauses found in many business interruption insurance policies should have meant they were covered and been compensated for the loss of income due to the Coronavirus restrictions.

An appeal was then brought, and the test case was fast-tracked to the Supreme Court – the highest court in England and Wales – who conducted a four-day hearing last year, before delivering a final ruling.

This latest ruling provides authoritative guidance for these policies, and similar ones that were not part of the case, which will be used by the FCA, the insurance sector, and the Financial Ombudsman to assess claims and make judgements.

This impacts on all eligible policies held at the time of the first lockdown, whether an initial claim was made and rejected or not.

The ruling covers a wide range of matters including disease clauses, whether businesses were denied access to the properties they owned by restrictions and the timing of lost earnings.

Giving the court’s ruling Lord Hamblen said the court accepted the arguments from representatives of policyholders and dismissed the appeals from insurers finding in policyholders’ favour.

Although the initial case only tested a small number of policies from eight different insurers, the FCA has said that the findings could affect up to 700 different policies held by various insurers and lead to payments for more than 370,000 small businesses that hold policies.

Insurers, such as Hiscox, Arch, Argenta, MS Amlin, QBE and RSA, that were involved in the case will now process claims. However, as many as 60 insurers who sold similar products may now also pay out on eligible policies.

Huw Evans, Director General of the Association of British Insurers, has said that all valid claims will be settled and that the process of settling some claims was already underway.

Most eligible policyholders should be contacted by their insurer following the ruling, but businesses are being encouraged to check whether they can make a claim.

As for new claims relating to the latest lockdowns, the insurance industry has said that most policies for new and renewing customers have already been amended and that losses from the latest lockdown measures would be clearly stated as part of the cover.

Contact Us
If you require assistance with any issues related to the COVID-19 pandemic, please contact us either by calling 01925 222 003 or fill in an online enquiry form to request a call back at your convenience.

If you’d like to learn more about our expert advisers, visit our team page. 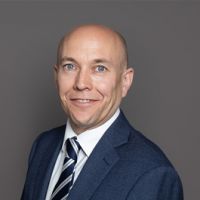